What Is Volume Testing? Benefits, Example And Tools

Volume Testing is a methodology that allows one to put extreme rigorous pressure and stress under the garb of thousands and millions of data files and ensure their proper functioning in tandem routine. It increases the amount of data load profusely and ensures the efficiency of work points or the location that requires utmost importance, improvement, and kind attention for its development and maintenance. Volume Testing can also be elucidated as testing in which software is subjected to an abundant amount of stress sometimes beyond the capacity of the software also referred to as flood testing. This is performed to do systemic analysis by incrementing data from the database volume. By this test, the behavior of the system is also studied and analyze when it is exposed profusely with such a volume of stress.

What are the key defining benefits of "Volume Testing" :

Through the mode of volume Testing we can determine the issue of load, which ultimately can save huge lumsome money which will be spent on application maintenance.

It ensures in determining hurdles, obstacles, adversaries, and acquires the bêtenoire present in various.

Volume Testing allows you to have assurance and validity that your system is fully operational and functional in its capabilities and strict competency in the real-time-message.

It ensures no errors, viruses, Malware is precise and Simultaneously detects them too and thus reduces it drastically.

You are provided with the coveted information also the deliverables.

It also enables the auto-generation of the data.

1) To ensure whether any amount of data is dislocated, erased, or lost, during the test.
2) To keep a check on system responsive time.
3) To ensure data is well protected and saved in the exact location of memory.
4)To perform Volume Testing on the whole system.
5) To ensure the requirements or any demands in the agreement signed with your business clients.
6) To ensure no unnecessary chunks of data should appear more than the specified.

Tritan is the leading pioneer for crafting secure software, reducing the risk of a security breach, ch, and increasing the handsome security and development which ultimately boosts productivity and revenues of the organizations. As a result, companies deploying Tritan can move their respective business to the world along with the combination of process automation, integration, agility, enthusiasm, and responsiveness. Tritan enables companies to leapfrog with accuracy and reliability to magnify their efforts in fixing not just searching and locating potential vulnerabilities.
Tritan Volume testing checks a system, putting it under some distress by using a million files. With appreciation to it, we can be sure that everything is behaving correctly and without deformities.
These efforts allow increasing the load on the system to find shaky spots of logging which require special configurations and processing. Tritan Volume testing is exceptionally significant when broadcasting qualitative and stable software.
Classic performance testing or load testing is a special assortment of volume testing and editing performance settings. They safeguard that software is laboring according to widespread regulations.

Tritan Volume testing is a subjective technique that focuses on surveying the software when a developed web product is under coincidental loads of big data. This aspect of testing is also known as flow testing.
We implement such a process to examine the modern accomplishment of the system by the continuous increase of data amount in the special database.QA specialists use volume testing to clarify the influence of acknowledgment time and to analyze the behavior of a web system. Further, this check allows us to understand how the software behaves when it needs to purify a vast amount of evidence.

What are the advantages of volume testing in this case?
Tritan Volume testing allows checking an absolute load to see how vastly one to spend for technical equipment outlay. This test helps to examine the existing system scalability and its possible increase. Also, testifiers can find difficulties in software functionality and ways to overhaul them.

What are the elements of such testing?

Scanning the size of data that should not be disclosed more than it is restricted in the software configuration.

Software testing requires the whole system accomplishment and comprises some steps which are attached to volume testing.

WHY IS IT IMPORTANT TO PERFORM TRITAN VOLUME TESTING?

As we mentioned above, the Tritan volume testing conducts to check the system parameters as well as to assess some personalized windfalls of forthcoming software usage. Now let’s evaluate the prominent purposes of Tritan software volume testing.

FULL COVERAGE OF THE SOFTWARE ARCHITECTURE

As we can glimpse from its name, Tritan volume testing checks the real web product. It assists to get all the crucial data about accurate software accomplishment, even if the product has enormous scalability.

IT IS PERFECT FOR TESTING AND ANALYSIS OF BIG DATA

Certainly, you should thoroughly test all the conventional technical requirements for the system store. It means that you cannot avoid volume testing. These reviews allow finding the hidden crises of software configuration. Accordingly, some prophylactic work will let creators achieve the essential level of technical maintenance.

Tritan Volume testing underrates the risk connected with performance decrease and potential failures that may be aroused by increasing loads in the database. There can be system accomplishment during such test execution. Further, it allows us to find shaky spots in software configurations as well as understanding hidden problems.

This testing is full of exceptionally valuable information about big undertakings. Likewise, volume testing can resolve the problems about deployment and improvement of system architecture, if essential.

Only after accomplishing volume testing, you can be sure that all information used for the test wasn’t lost (fully or partly). Such a step also authorizes tallying the system efficiency with the coming extension without penalty to the quality of operating data.

Tritan Volume testing safeguards that information is located in the appropriate place and adequate form. This is a very significant moment because if the information is in the right layout and designated space, an end-user will be apt to utilize safe and factual data.

There are two central ideas of volume testing:

Testers and developers should take into budget these ideals and endeavor with the working system which will satisfy all the intentions.

✓ Moreover, the development team can predict the fate of "Volume Testing" that will not only become mainstream but also become a necessity shortly.

Finally, the -user might indeed the developed product in multiple platforms or any other characteristic and surprisingly they may find bugs, defects in the application which is not a hot pick interns of quality. To lessen the effects of such commercial issues and to release quality products, hence the need to test applications on all platforms arises. Thus Volume testing plays a quintessential role in testing applications.
Tritan uses comprehensive Volume Testing services that are relevant across various operating systems, browsers, databases, hardware, software, configurations, devices, etc. We are a pioneer in providing an end to end cross-browser test automation solutions with a truly and fully loaded selenium test automation framework with high integration plugins.

Tritan Volume Testing is a type of non-functional testing. This testing is performed to scour the data volume dealt with by the database. Volume testing is also known as non-functional testing that is performed to search the software or app for its performance against large data of the database.
The database is stretched to a threshold point by adding an enormous amount of data to it and then the system is tested for its response. This was the theory part, let me explain you with a few practical examples to help you understand the ‘when’ part of volume testing.

When is This Testing Imperative?

Why should I Aim for Tritan Volume Testing?

Tritan Volume testing can encourage you to appreciate how fit your system is for the entire planet and it also boosts to conserve your fortune which will overdue be spent for expenditure purposes. Subsequent are a few apparent explanations for accomplishing this testing:

Now we know the importance and reason for performing this testing

Tritan Volume testing is non-functional testing that is performed to examine the accomplishment of the database. It can be performed manually as well as with the benefit of some tools. If you are a QA who is new to this testing, we would suggest playing with the tool or committing some test cases first. This will encourage you to appreciate the belief of Tritan volume testing before you subside into testing. This testing is entirely accurate and it has its challenges hence it very important to have a thorough understanding of the concept, the testbed creation, and the DB language before accomplishing it.
In the verdict, we can say that Tritan volume testing plays a very significant function during the thorough and beneficial checking of any software. Its technical element thickens on architecture achievement and scalability. Volume testing, as well as performance testing, permits validating the technical side of the system, finding weak spots there, and solving them, if possible.
Hope this tutorial would have gained your comprehension volume on this matter :)

what is Tritan volume testing?

How does it safeguard our information?

Volume testing safeguards that information is located in the appropriate place and adequate form. This is a very significant moment because if the information is in the right layout and designated space, an end-user will be apt to utilize safe and factual data.

How Tritan volume testing is extraordinary?

Tritan Volume testing checks a system, putting it under some distress by using a million files. With appreciation to it, we can be sure that everything is behaving correctly and without deformities. 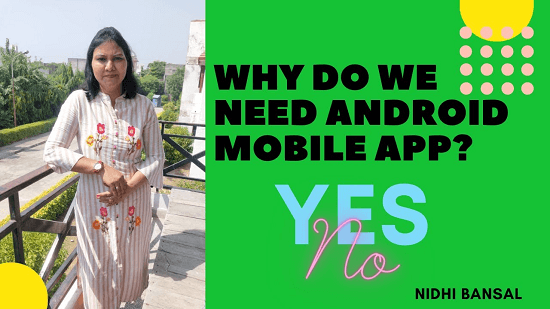